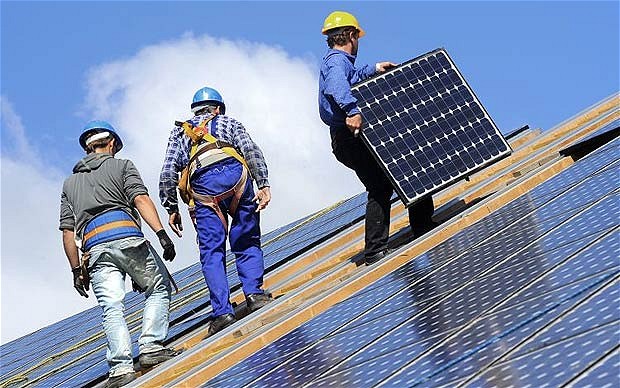 It is the British answer to electric car maker Tesla’s graceful wall-mounted home battery: a chunky power storage unit that slides under the kitchen worktop next to the washing machine. Powervault captures and uses surplus electricity generated by domestic solar panels and is designed to be cheaper and more practical than anything else on the market.

“As electricity prices rise and grids come under strain, many companies are exploring the use of home or locally generated power from renewable sources. Powervault has raised about £1.2m in total including state support from Nesta, the think-tank, and Innovate UK, an agency helping commercialise new technology. The money has been used to create Powervault, which is a complete system in a box, is compatible with all solar PV systems and takes about an hour to install”

Read the full article on FT.com