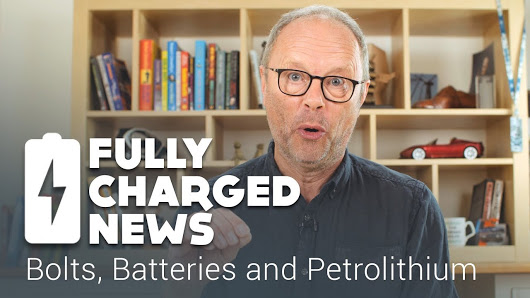 Powervault has been getting some exposure with former Red Dwarf star (ha ha) and Scrapheap Challenge legend, Robert Llewellyn, on his Youtube Vlog The Fully Charged Show. The channel is dedicated to discussing:

Electric cars, bikes, boats, and planes [and]… how we generate and even own the electricity to power these machines.

In an episode on ‘Bolts, Batteries, and Petrolithium’, Llewellyn mentions Powervault’s ‘Second Life’ product, an exciting venture launched earlier this year. In partnering with Renault, we will be giving electric vehicle batteries a second life in Powervault home energy storage units. Llewellyn talks about the issue of EV batteries lasting longer than the vehicles themselves, and how Powervault can help prevent them from going to waste. See the video below:

Watch this space for potential Powervault and ‘Fully Charged’ collaborations!