Energy bills don’t normally get us all talking but they’re currently a hot topic, so we thought it was a great time to explain in a bit more detail how Powervault smart energy storage can play a role in powering the home in the most cost-effective and sustainable way.

By creating a virtuous circle from domestic solar PV generation, Powervault smart energy storage and an appropriate Time Of Use (TOU) tariff such as Octopus Go (note: this particular tariff is now only available for homes with electric vehicles), households can benefit from significantly lower bills while also reducing their carbon footprint.

For those of us that have it, solar PV is great. However, it often generates power at the wrong time of day and therefore a lot of it is just exported straight onto the National Grid providing little, if any, benefit to the homeowner. According to one academic study led by the Environmental Change Institute at the University of Oxford, the average UK residential self-consumption of PV-generated electricity is only 45%.

Peak domestic electricity consumption is between 7-9am in the morning and 5-9pm at night. Not exactly sunny times of the day in the UK for most of the year. So, to maximise the self-consumption of their solar PV generated electricity, households need to add smart energy storage.

However, smart energy storage devices are expensive, meaning that sizing them correctly is the key to maximising value for the homeowner, which is why Powervault has a modular design offering sizes of 4, 8, 12, 16, 20 and 24kWh. It’s also important to consider that PV generation is at its peak in the summer months, when household electricity consumption is usually lower. The size of the energy storage device should, therefore, be considered in relation to the size of the solar PV array and the total electrical consumption of the home.

As a rule of thumb, there is limited value in investing in storage capacity that is bigger than either:

Sizing the battery this way ensures that in the summer months your storage unit is being used optimally, to store the excess solar energy to power your home.

In the winter 6 months, homeowners with solar PV generate less while their domestic consumption is usually higher. Therefore, utilisation of their storage device is correspondingly lower.

Since it is a good idea  to make sure your storage device is generating value for you all year round,  this is when your ability to take advantage of a time of use tariff plays a key role.

Smart meters and TOU tariffs have been framed in a negative light in some reporting recently. The idea of ‘surge-pricing’ – penalising people who have smart meters and can’t shift their consumption to off-peak hours – has been widely criticised. This critique may have merit during a period of high inflation and a corresponding squeeze on household incomes, but it ignores the benefits to the system – and the cost reduction potential such benefits offer – which can ultimately be handed back to households in the long-term.

It’s only with a smart meter installed that a homeowner can use a time of use tariff, as the meter measures the precise time of day that energy is being consumed. With a TOU tariff in place, the intelligent system within the Powervault can then decide to charge at cheap off-peak electricity rates. This energy can be used to power the house throughout the rest of the day, avoiding the need to import ‘peak’ or ‘surge price’ electricity.

Here’s an example of how this worked for a Powervault customer with the Octopus Go TOU tariff and solar PV on the 2nd of February this year, as shown on the Powervault portal.

Octopus Go provides homeowners with substantially cheaper electricity over four hours of the night, from 00:30 until 04:30. The off-peak night rate is currently just 7.5p/kWh, while the day rate is 30p-33p/kWh depending on location.

The Powervault was charged at the cheaper off-peak rate at night, between 00:30 and 04:30, as shown in purple.

With this the Powervault supplied all the domestic consumption in the morning from 04:30 – 09:00, as shown in blue on the Power Used graph before the PV array started to generate electricity, shown in yellow.

The solar PV generated some excess during the day that was stored, topping up the Powervault, as shown in blue on the Power Generated graph. The energy in the Powervault was then used to power all the household needs for the rest of the day.

Over this day in February, this customer benefitted from both self-generated renewable energy and cheap off-peak electricity. This meant nearly 100% of the electricity they imported from the grid was at the cheap off-peak rate.

Smart energy storage, combined with solar PV and a time-of-use tariff, creates a virtuous circle that enables households to maximise their self-consumption of solar generated electricity, their utilisation of cheap ‘off peak’ electricity, and minimise their imports from the grid during expensive ‘peak’ times. 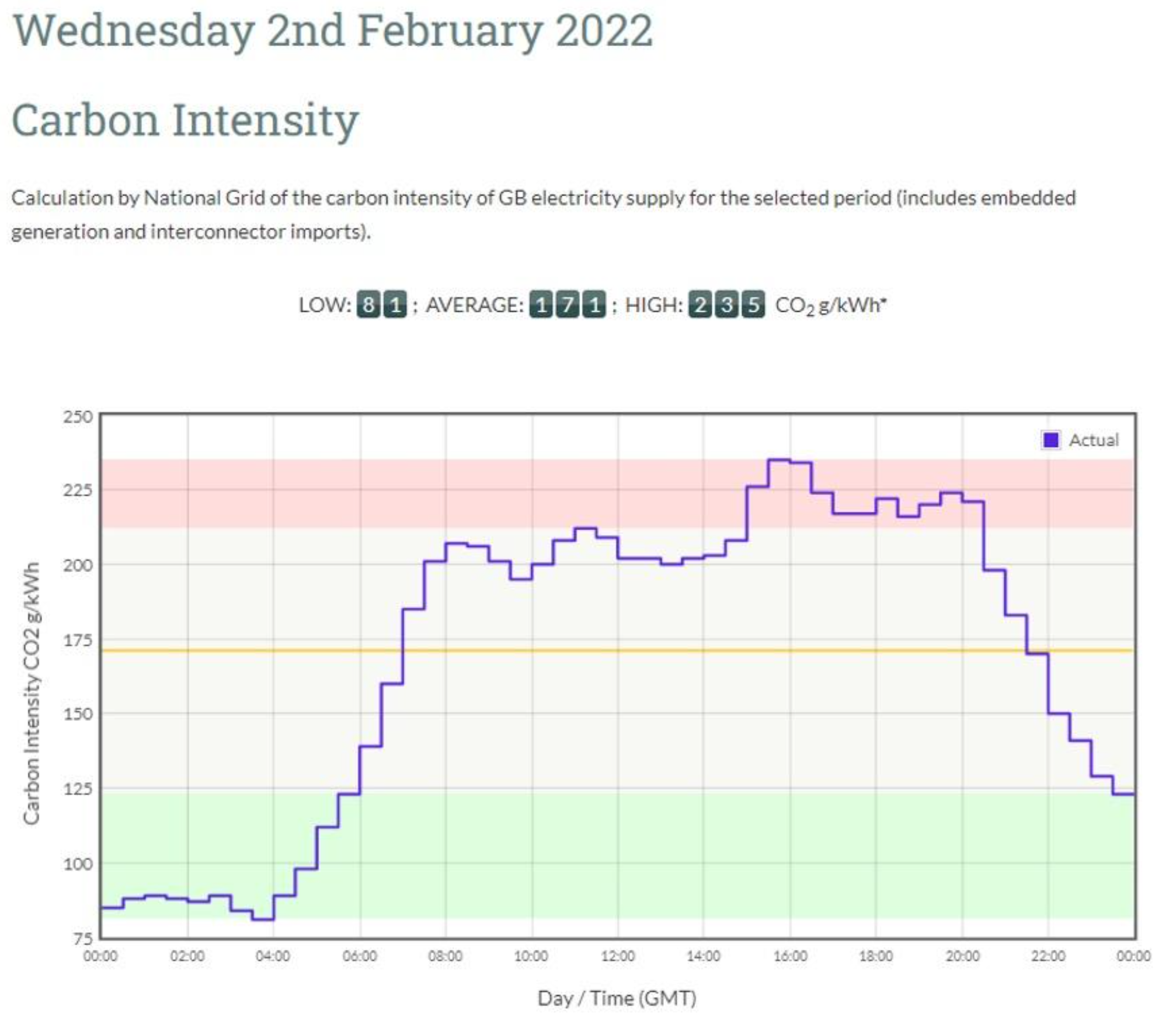 The electricity imported overnight was almost three times less carbon-intensive than electricity that would have otherwise been imported later on in the day, if there was no Powervault.

So by creating this virtuous circle energy ecosystem of solar PV, TOU tariff and smart home energy storage, instead of being penalised by ‘surge-pricing’ – importing electricity from the grid when demand is high and renewable generation is low – households can benefit from ‘plunge-pricing’ – importing when demand is low and renewable generation is high.

By incorporating a Powervault, solar PV and a TOU tariff like Octopus Go, you’re not only helping your wallet, you’re helping the environment too. Every household that moves to a solar PV/smart storage/TOU tariff setup is helping to decarbonise the UK’s electricity network, while substantially reducing their own electricity costs.

Please do get in touch with us by sending an email to enquiries@powervault.co.uk if you would like to know more about how you can join our growing community of Powervault owners.